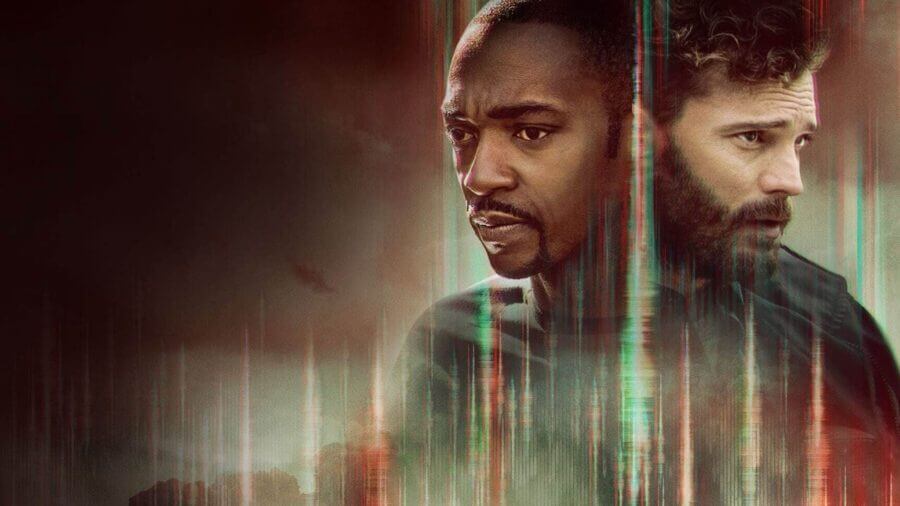 Netflix has scooped up the SVOD rights to the highly-rated sci-fi horror Synchronic starring Anthony Mackie and Jamie Dornan that’ll be dropping on Netflix (just in the United States for now) in April 2021.

Directed by Justin Benson (who also writes the movie) alongside Aaron Moorhead you’ll be following two paramedics who are on the frontline of combating a brand new designer drug.

Synchronic is just one of the many movies that seems to have suffered due to the COVID-19 pandemic. It first premiered back in September 2019 a the Toronto International Film Festival where it was quickly scooped up by Well GO USA Entertainment. It got an October 2020 release date in cinemas alongside a PVOD release in January 2021 but now will be the first time you can watch on a streaming subscription service (SVOD for short).

It’s currently set to touch down on Netflix but only in the United States (other regions do tend to follow further down the line) on April 16th, 2021.

The movie has garnered an 80% on RottenTomatoes so far from 148 reviews giving it the coveted certified fresh rating. SciFiNow stated it a “thoughtful twist on the genre” whereas Empire dubs it a “smart indie sci-fi which has much to say and some great ideas”.

With that said, the IMDb rating sits at 6.2 whereas the Metascore sits at 63.

If you can’t wait until Synchronic hits Netflix and all caught up with Falcon and the Winter Soldier, Mackie also features in a number of other Netflix Originals too. He was in Black Mirror in season 5 episode 1 Striking Vipers. That’s not to mention the three Netflix Original movies including Point Blank, IO Last on Earth, and most recently, Outside the Wire. Mackie also headlined the second season of Altered Carbon.

Synchronic isn’t the only SVOD premiere in April either. The Stand-In starring Drew Barrymore will debut in April and recent examples of SVOD debuts include Jiu-Jitsu and The Last Blockbuster.