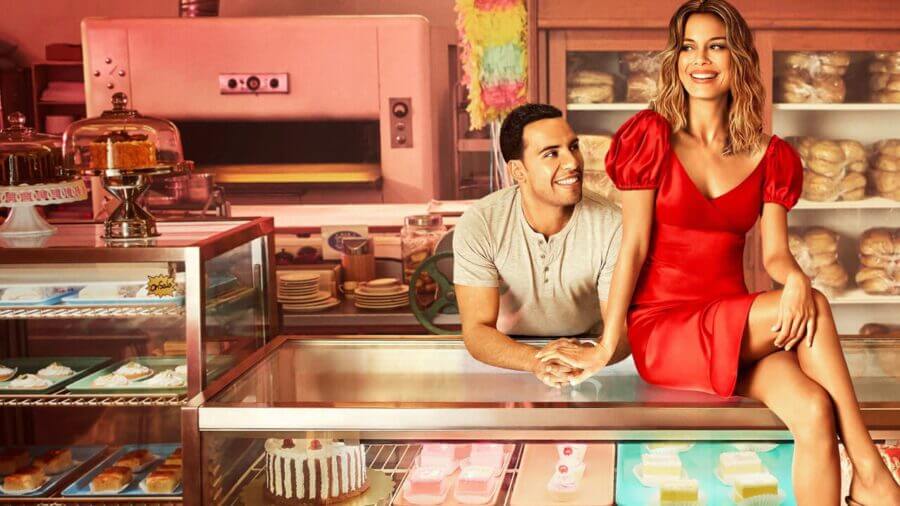 The Baker and the Beauty – Picture: NBCUniversal Television

Network shows coming to Netflix are somewhat of a rarity nowadays with most providers opting to put their shows on their own platform. That won’t be the case for the ABC rom-com The Baker and the Beauty which is coming to Netflix in the US in mid-April 2021.

The show is based on the Israeli show of the same name and while it aired on ABC last April, the show is distributed in the United States by NBCUniversal Television.

The Baker and the Beauty starred Victor Rasuk, Victor Rasuk, Dan Bucatinsky and David Del Río. As you’d expect from the title, the show which often breaks out into musical numbers is about a blue-collar baker who sparks a relationship with an international superstar.

It’s well-loved with a 7.3 on IMDb and a big fanbase on social media.

All of season 1 of The Baker and the Beauty is listed to hit Netflix on April 13th, 2021 as part of the big April 2021 lineup for Netflix in the United States. Other regions aren’t expected to stream the show at this time.

Each episode runs between 40 and 43 minutes and ran for 9 episodes total.

The bad news for any fans of the show however is that it won’t be returning for a season 2. Back in June 2020, the show was canceled by ABC after only a single season but it didn’t give a specific reason why.

Its arrival onto Netflix may spark revival hopes and while the chances are likely slim (actors option contracts being a significant problem for example and COVID-19 almost certainly also playing a role). It’s not impossible, however, that Netflix could give the show a second as it’s certainly lacking in this genre (that’s not aimed at teens anyway).

Ultimately, if a decision is made it’ll be based upon how many people start the show and how many get to the end.

Will you be checking out The Baker and the Beauty when it hits Netflix later in April? Let us know in the comments down below.