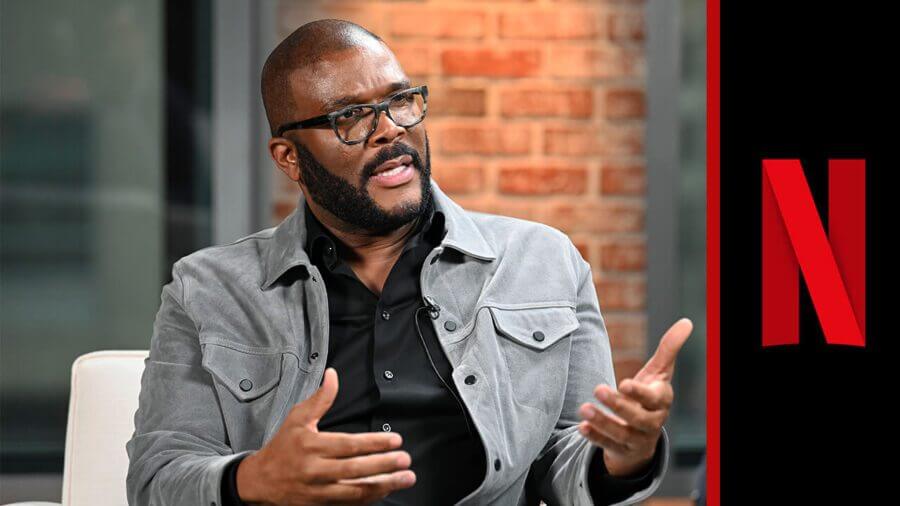 After their successful first collaboration in A Fall from Grace, Tyler Perry and Netflix continue their partnership with another ambitious feature film: A Jazzman’s Blues. The movie is a pet project of Perry and was the first screenplay he ever wrote 26 years ago. After having tried to make it for two decades, he finally found the perfect partners in Netflix to produce.

A Jazzman’s Blues will be written and directed by Perry himself, who is best known for many of his projects such as the character of Madea in many of his films as well as House of Payne, The Oval and more. Perry has opened up several times about the film in the past and most recently commented on this partnership with Netflix:

“I have waited a quarter of a century to tell this story, and now is the perfect time and Netflix is the perfect partner. That is my labor of love; the one that I want to do more than anything.”

Producer Michelle Sneed, a long-time collaborator of Perry’s will also be working on this project as an executive producer.

It’s not believed this is the only Tyler Perry project to be in development at Netflix. In December, we reported that Netflix is currently working on a brand new untitled movie with Perry set to star.

What is the plot of A Jazzman’s Blues?

A Jazzman’s Blues is set in the post-World War II South, where a young black jazz singer leaves his rural town in search of fame. During his absence, it is discovered that he had an affair with a local married woman. The woman is his former lover and a light-skinned black woman who has been passing off as white. Her racist husband who does not know her true ethnicity or her past, organizes the local Klan chapter to hunt down the jazz singer. The jazz singer, now a successful performer in Chicago, finds himself drawn back to the South to help save his mother’s ailing nightclub and face his accusers.

The movie’s timeline will range from 1937 to 1987, and will delve deeply into the characters’ past, present and future which will result in very interesting storytelling. Here is the logline for the movie:

When an elderly Hattie Mae asks District Attorney Johnathan Dupree to investigate a murder that took place over forty years ago, he is decidedly uninterested until he takes a look at the packet of letters left him by Hattie, stunned by the contents which provide a startling unveiling of his own family’s history… and legacy.

Who is cast in A Jazzman’s Blues?

In March 2021, relative newcomers Joshua Boone (Wheels, Premature) and Solea Pfeiffer (The Good Fight, Curb Your Enthusiasm) were announced to be cast in the lead roles. Both are experienced in theater work and singing with Pfeiffer having performed as Elza Hamilton in the acclaimed musical Hamilton‘s US Tour. No other cast have been announced as of yet.

Originally, in 1995, Tyler Perry intended the movie to star himself, Will Smith, Halle Berry, Diana Ross and Ben Kingsley. He commented on that in a recent interview:

“I’ve aged out of it because the characters are all in their twenties. So I’m looking for that new talent, for brand new fresh faces who have committed themselves to the craft and who are incredible actors to play these roles.”

What’s the production status on A Jazzman’s Blues?

Production for A Jazzman’s Blues is set to begin in May 2021 and last until June of the same year. The movie will be short primarily at Tyler Perry Studios in Atlanta, US.

When will A Jazzman’s Blues be released on Netflix?

Netflix’s A Jazzman’s Blues is expected to be released in Q4 2021.