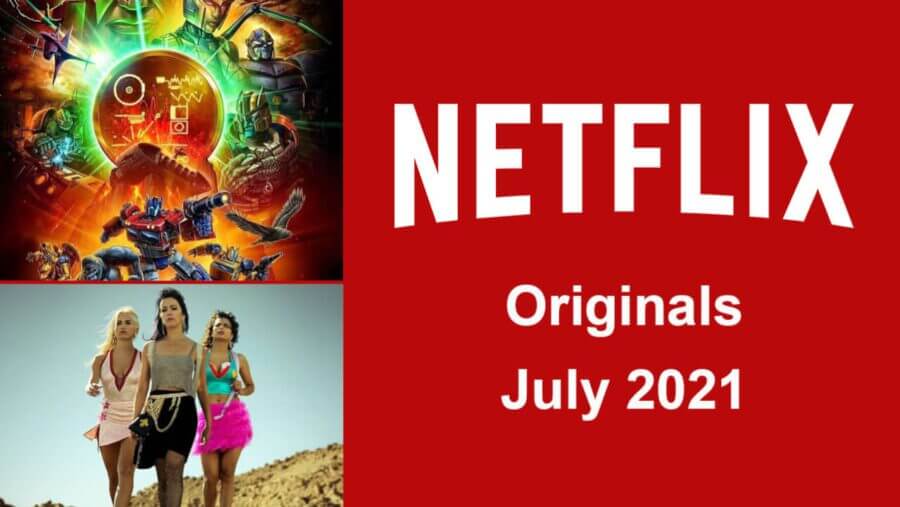 Welcome to a super early preview of the Netflix Originals scheduled to release on Netflix globally (unless stated otherwise) throughout the month of July 2021. This post will be updated over time so keep it bookmarked.

If you want to head back to June 2021’s Netflix Original lineup, we’re continuing to keep that updated with the big arrivals for the month including Too Hot To Handle and Record of Ragnarok.

We should get word of what’s coming to Netflix in individual countries for July 2021 throughout June so keep an eye out on our coming soon hub for more.

For those in the United Kingdom, you can expect to see Feel Good season 1, which arrived on Netflix globally as an Original last year, on Netflix UK on July 18th, 2021.

Rounding out the fantastic anime set of series to come from Hasbro is the third entry after Siege and Earthrise which released in July 30th, 2020 and December 30th respectively.

The new series dubbed Kingdom will conclude the War for Cybertron trilogy and comes from Polygon Pictures, Allspark Animation and Rooster Teeth.

The second part (and likely final) of Sky Rojo lands just a couple of months after its initial debut on Netflix to continue the story of the three woman, Carol, Wendy and Gina try and escape their former lives.

There’s lots to expect from season 2 which will continue after the big climax of season 1.

Here’s what  you can expect:

“The story takes place in the summer of 1996 in Southern Turkey. We follow the story of a group of teenagers who are getting acquainted with love and life accompanied by sun, wind, rocky cliffs, endless waves and hearts that will eventually taste sadness.”