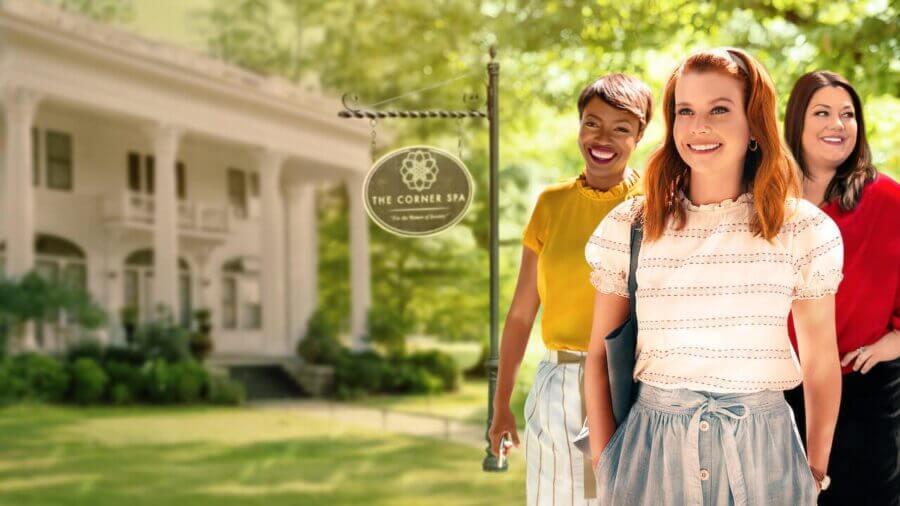 What to expect from Sweet Magnolias season 2

The big cliffhanger at the end of season 1 is the outcome of the fight from the after-prom party. It led to a car crash and Kyle is currently unconscious. However, it’s never revealed who the passenger in the car is so that’s the major question leading into season 2.

Helen just split from her on-and-off-again boyfriend, so it’ll be interesting to see what happens there especially since she’s desperate for a child.

When will Sweet Magnolias season 2 be on Netflix?

In February 2021, we learned that Netflix currently plans for production to begin in Spring 2021 in Atlanta, Georgia.

This turned out to be on April 6th with many cast members posting on their feeds about the return to filming. You can also see the show currently listed on the “Now Filming in Georgia” table which also currently lists Cobra Kai season 4, First Kill and Raising Dion season 2.

Sweet Magnolias starts filming today for Season 2! Welcome back cast and crew. sending you positive vibes and much love to you all! Stay Safe. 🎬🎥❤ #SweetMagnolias #Netflix pic.twitter.com/uR63OzeCTB

Before filming started, Sheryll Woods stated that the writing staff is aware of how desperate people are for season 2 saying:  “Please know we are pouring our hearts into all the answers and the new questions that are at the center of Season 2”. Sheryll later added that she didn’t know when exactly season 2 would hit, saying: “That’s hard to answer because we are still trying to figure out any precautions that need to be taken and how that will impact the pace of production,” adding “There are a lot of unknowns.”

While we’re waiting though, the cast did have a big reunion on Zoom throughout the lockdown. Set aside some time, though, as the reunion is over three hours long!

Do you want to see Sweet Magnolias come back for season 2 at Netflix? Let us know down in the comments. In addition, keep this page bookmarked as we’ll be updating as and when we hear of snippets of news regarding the future.