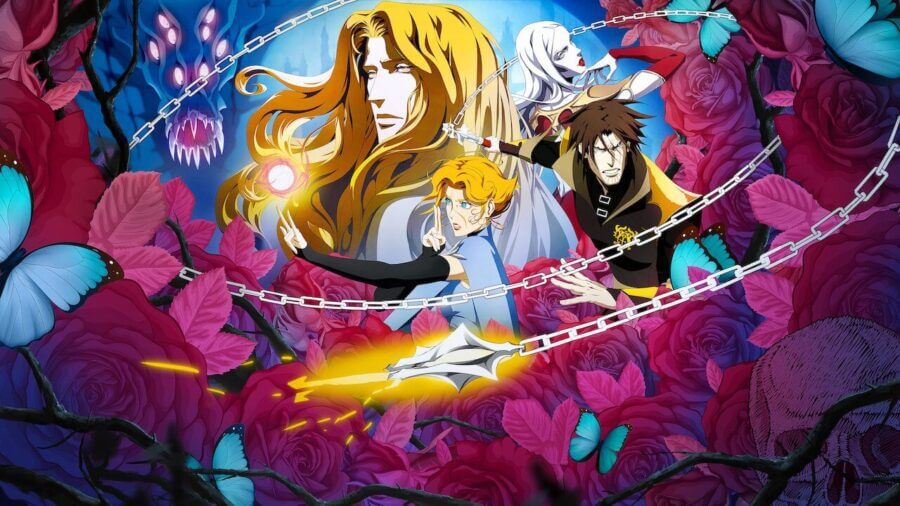 Castlevania is a Netflix Original horror anime series adapted from the popular videogame franchise of the same name. Animated by Powerhouse Animation, Castlevania is one of the slickest looking anime titles available on Netflix.

While many anime fans prefer sub over dub, the series has, arguably, one of the best English dub casts available. The series has fast become one of the most in-demand Originals on Netflix, and while there are long gaps between seasons, they are well worth the wait.

When is the Castlevania season four release date?

The previous release dates for seasons of Castlevania have been;

Following this format, we predicted that Castlevania would return between June and August 2021. We were only a month off!

Thanks to its announcement on various social media platforms it’s now confirmed that Castlevania season 4 is coming to Netflix on Thursday, May 13th, 2021.

This is where it all started. The final season of Castlevania arrives May 13. pic.twitter.com/sLqWjJxjoA

We were fully expecting renewal, and we can happily confirm that Castlevania will return to Netflix for a fourth season!

#Castlevania has been renewed for Season 4!! https://t.co/hehAvdKXpY

In a post on Warren Ellis’s company blog, he spoke about the viewership of Castlevania S3 saying: “season 3’s popularity was an order of magnitude over that of season 2, and season 2 was popular enough to get us season 3.”

He also added that: ” Shows tend to show a little attrition in the third season, and it was, quote, “unusual” to see the audience actually rise by a multiple factors.”

What to expect from the fourth season of Castlevania?

There was plenty for fans to digest by the end of the third season. Here’s what we can expect to see in the fourth season.

The growing madness of Alucard?

Only a month had passed since the defeat of his father Dracula, but loneliness begins to take hold of Alucard. It doesn’t take long before he has visitors: Taka and Sumi, former slaves of the vampire lord Chō.  After spending several days with the pair, teaching them how to fight vampires and showing them the secrets of the Belmont hold, Alucard grows close to Taka and Sumi.

After an extremely intimate encounter, the pair betray Alucard, assuming that the Dhampir was hiding secrets by not teaching them magic. Before Taka and Sumi can strike a killing blow, Alucard uses his magical sword to slit their throats. To dissuade others from trying to enter the castle, Alucard impales the corpses of Taka and Sumi on spikes, just like his father did in the past.

Alucard is incredibly distrustful of strangers and isolates himself. While the Dhampir doesn’t have the same weaknesses as full vampires, he has one weakness: his humanity. He has already shown that he hates being lonely, but the betrayal by Taka and Sumi breaks his heart. Perhaps this event causes Alucard to embrace more of his vampire nature, which is bad news for the people of Wallachia. 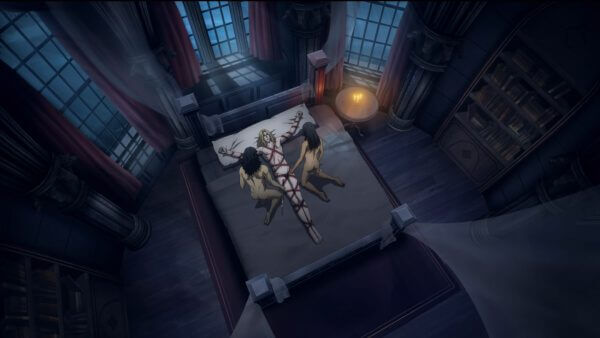 The Council of Sisters conquest

We all saw it coming, but sadly Hector didn’t. After his capture by Carmilla, Hector is taken to her stronghold in Styria, where the Council of Sisters resides.

While his treatment is at first poor, one of the sisters, Lenore, takes care of him, albeit for nefarious means. Lenore is tasked with convincing the forge master to build an army for the Sisters, so they can enact Carmilla’s plan of expanding their territory 800 miles east towards Braila. Obtaining the territory would keep the Sisters well stocked with humans for food and potential soldiers.

By successfully seducing Hector, Lenore tricks him into becoming her “pet”, believing that he couldn’t handle freedom, and this was what he always wanted. Hector has no choice but to obey, after being tricked into wearing a slave-ring. The forge master also has to obey Lenore’s sisters as they have the rings to control Hector too.

With Hector now under the Council of Sisters’ control, he must start forging a new army of night creatures. Once the army is ready, the sisters will start their aggressive expansion east towards Braila. It’s more than likely they will come into conflict with Isaac and his army, not to mention Trevor Belmont and Sypha Belnades. 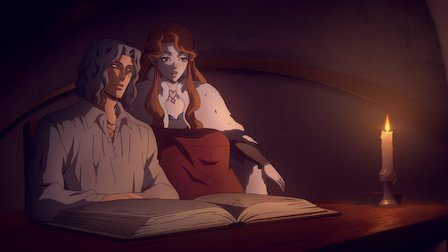 Hector being seduced by the hot vampire redhead… we get it. – Copyright. Powerhouse Animation and Netflix

One of Dracula’s last acts before his death was to save his second forge master, Isaac. Despite his master’s death, Isaac still sees it as his responsibility to carry out Dracula’s wishes and bring about the end of humanity, and ultimately kill Hector for his betrayal.

Isaac’s tiny force of night creatures eventually amasses into a huge legion after coming into contact with various different human settlements. On multiple occasions, he gives humans a chance to live, if they show him the kindness and respect to let his forces pass through unabated. But, the settlements feel his wrath if challenged.

By the season’s end, Isaac discovers a mirror that can take him and his army directly to Styria. Determined to kill Hector, his huge army will face the Council of Sisters. 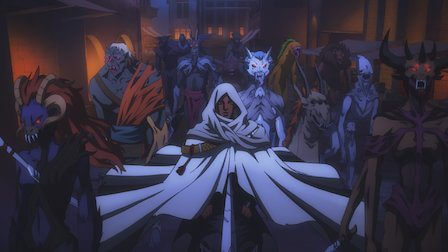 Isaac on the warpath on his hunt for Hector – Copyright. Powerhouse Animation and Netflix

Trevor and Sypha to fight Alucard?

In the town of Lindenfeld, Trevor and Sypha (with the help of Saint Germain the Judge’s forces) were able to stop the priory from bringing  Dracula back from Hell. Even though the pair were successful in stopping the resurrection of the vampire lord, it came with a cost. The priory sacrifices a huge number of villagers to enact their plan, practically destroying all of Lindenfelfd in the process.

Trevor and Sypha’s faith in humanity is shaken when they discovered that their ally, the Judge, was a monster in his own right. His precious apple tree is a trap for children: a “small pleasure” the Judge secretly enjoys. Impaling the children on spikes, he steals their shoes as trophies.

As Trevor and Sypha leave the town of Lindenfeld, the former told his lover this was the life he was used to.

There’s every chance that Trevor and Sypha could return to Dracula’s castle to seek out Alucard. But with Alucard becoming more and more like his father each day, will he welcome his old friends with open arms? Or will he feel that they abandoned him when he needed them most?

Alucard is starting to look more like the next big bad, forcing himself and his old friends to come to blows. 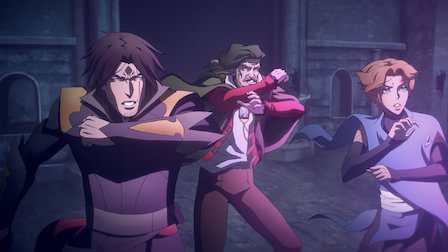 Which cast members could we see return in Castlevania season four?

The following cast members are expected to return for the fourth season of Castlevania:

Sypha Belnades actress, Alejandro Reynoso, recently discussed the fourth season with CBR, and has revealed that the upcoming season is “going to be amazing.”

She had the following to say:

In regards to Season 4, the only thing I can say is there is one because Netflix has said as much. It’s coming, and it’s going to be amazing, I can say that. The team at Powerhouse [Animation Studios] is hard at work, and the ship is being led by some talented and amazing individuals.

Reynoso went into further detail, complimenting the talent at Powerhouse Animation Studios, and expressed her delight at the recent renaissance of animation in the West.

How many episodes will Castlevania season four air?

Taking into consideration that every season has had a separate number of episodes, it could be anywhere between four and ten. We believe the next season will arrive with at least eight episodes; anything fewer would be wildly disappointing.

Are you excited to watch the fourth season of Castlevania on Netflix? Let us know in the comments below!