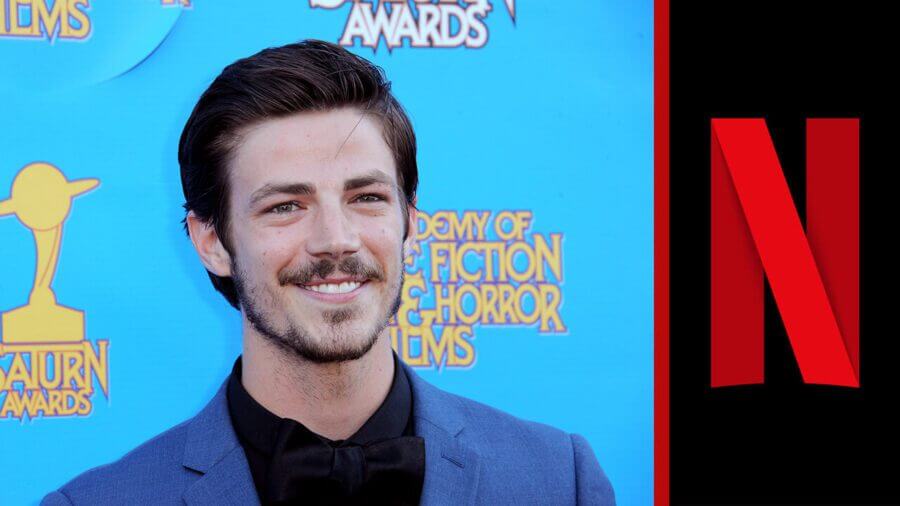 Netflix is bringing more real-life stories to our screens and the latest is Rescued by Ruby, a true tale turned short story, which is now being adapted into a feature film starring The Flash actor Grant Gustin.

Sundance Grand Jury prize nominee Katt Shea, who is better known for her Nancy Drew and the Hidden Staircase and Poison Ivy movies will direct Rescued by Ruby, while Karen Janszen will write the script, adapted from two short stories by Squire Rushnell and Louise DuArt, who will also serve as producers for the movie. They will be joined by Dan Angel of Fezziwig Studios (Door to Door, A Godwink Christmas).

What is the story behind Rescued by Ruby?

The movie is based on the real-life story of Ruby, an Australian Shepherd and Border Collie mix, and Dan O’Neil, a K9 search and rescue team aspirant. After multiple attempts to find her a home, the pup was deemed unadoptable and scheduled to be put down, when a volunteer trainer named Pat Inman felt the dog was intelligent beneath all that belligerence and hoped special attention and discipline will save her life.

She contacted the Rhode Island State Police who offered her to officer Dan O’Neil. For Dan it was his best chance to get his dream job. A lot of patience and hard work later, the pup matured into a loyal K-9 partner.
On the seventh year on the unit, Ruby found an injured missing boy in the ravine who turned out to be Pat’s son, the volunteer at the dog shelter who saved his life.

This coincidence was termed Godwink and the short stories penned on it were called Dogwink Ruby and Ruby: A Dogwink Story by Squire Rushnell and Louise DuArt.

What will be the plot of Rescued by Ruby?

The official logline for Rescued by Ruby, which will adapt the two short stories, reads as follows:

Ruby had an awful lot of energy. Her original owner surrendered her to the Rhode Island Society for the Prevention of Cruelty to Animals because of her generally “unmanageable” personality. The cute pup was quickly adopted and then returned – five times. Things were looking pretty grim for the border collie/Australian shepherd mix. Hours away from being euthanized, officer Daniel O’Neil was smitten with the 8 month-old puppy. He thought she had potential and decided to pursue his dream of being a canine officer. Could this be his new partner? This is the true story of how these two underdogs found their dream together

Who is cast in Rescued by Ruby?

Grant Gustin has been cast in the lead role of Dan O’Neill, who rescues Ruby from the pound, forming the dream team that changes both their lives. Gustin is best known for playing Barry Allen/The Flash in CW’s DC series Flash, Arrow, Legends of Tomorrow and more. No other cast members are known at the moment.

What is the production status of Rescued by Ruby?

Netflix’s Rescued by Ruby is currently set to enter production in British Columbia on June 1, 2021 and wrap on July 9, 2021 according to issue 1241 of Production Weekly.

When will Rescued by Ruby be released on Netflix?

No release date for Rescued by Ruby has been announced, but it is likely to drop on Netflix sometime late 2021 or early 2022.