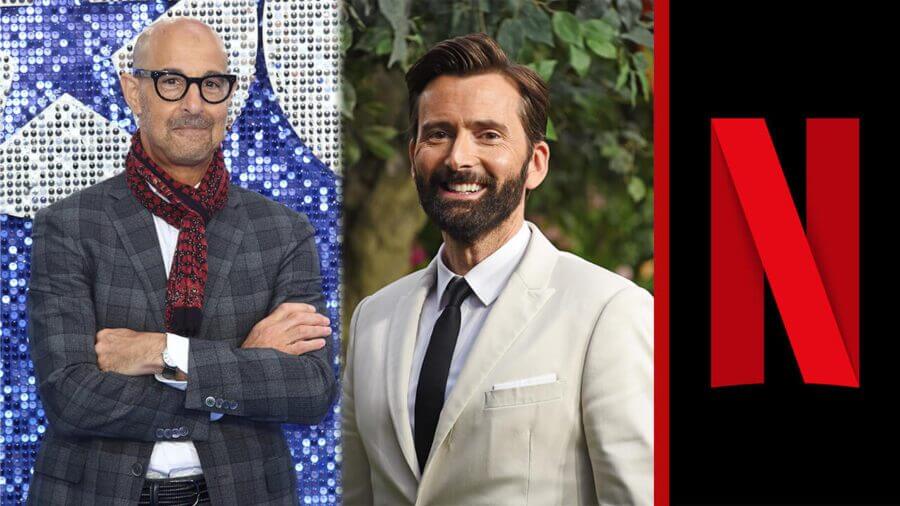 Netflix is teaming up once again with BBC to produce Inside Man, a very ambitious limited series with an award-winning cast from Steven Moffat, who is most known for Sherlock and Doctor Who. More recently he created Dracula, which was also a collaboration between Netflix and BBC.

This ambitious limited series will be helmed by Sherlock and Lucky Number Slevin director Paul McGuigan, who was nominated for an Emmy for his work on Sherlock. Alex Mercer will also produce along with Moffat’s collaborator and wife Sue Vertue, BBC’s Ben Irving and Netflix’s Chris Sussman.  Sussman described the script as “fiendishly clever”, while Piers Wenger, Controller of BBC Drama, added that the combination of the script and cast will create “television magic.”

“In our ongoing relationship with Steven and Sue Vertue, they sent us this mini-series which Steven had written on spec and we commissioned it instantly. The script is a page-turner and grips you from the outset, and Charlotte and I couldn’t resist bringing this story to BBC One.”

Here’s everything else we know about Netflix’s Inside Man:

What is the plot of Inside Man?

The plot of Inside Man is firmly under wraps as right now only Steven Moffat knows how the series will end. Everything is so secretive that even Netflix or BBC don’t know the ending of the series. What has been generously revealed is that Inside Man centers on a prisoner on death row in the U.S., a vicar in a quiet English town, and a maths teacher trapped in a cellar, as they cross paths in the most unexpected way.

Who is cast in Inside Man?

Netflix’s Inside Man will stand out the viewers among other series by having a stellar and star-studded cast, something Steven Moffat is also known for.

First off, Golden Globes winner and Oscar nominee Stanley Tucci will play the main lead. Tucci is best known for his roles in The Lovely Bones, Spotlight, Supernova, The Hunger Games and many more.

Tucci will be joined by David Tennant, who is known for many of his iconic TV roles in Doctor Who, Broadchurch, Jessica Jones and more. The cast of Inside Man will also include Dolly Wells (Dracula, The Pursuit of Love) and Lydia West (Dracula, It’s a Sin).

What’s the production status of Inside Man?

Netflix’s Inside Man is currently slated to enter production in London in June 2021. Moffat and Vertue said they can’t wait to “crawl out of our lockdown bunker” to get to work on the series.

How many episodes will Inside Man have?

Deadline confirms that Inside Man is a limited series that will have only four one-hour episodes.

When will Inside Man be released on Netflix?

Considering the June production start, we can most likely expect Inside Man to be released on Netflix in 2022.