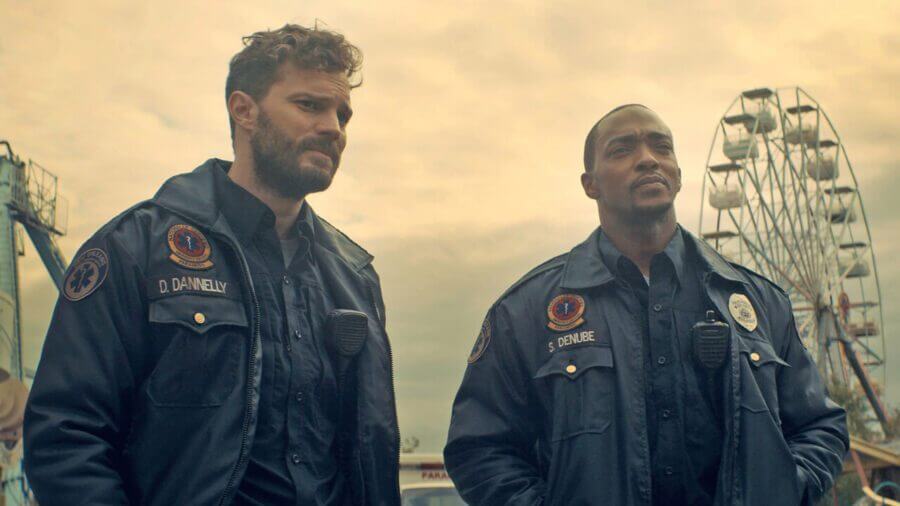 Happy Friday and welcome to your end-of-week roundup of what’s new on Netflix for April 16th where 16 new movies and TV shows have just touched down on Netflix. Here’s what’s new and what’s trending on Netflix.

Looking ahead at what’s coming to Netflix this weekend, you don’t have too much to look forward to with Sunday set to release season 2 of Luis Miguel but that’s about it.

Today is your last chance to watch The Messengers (2016) and season 1 of Murderous Affairs. On Sunday, a bunch of Indian content leaves as does the classic toon series, The Adventures of Sonic the Hedgehog.

Now let’s get into what’s new on Netflix for today!

Making its SVOD debut on Netflix US today is the sci-fi horror movie that released on video-on-demand late last year.

The movie features Anthony Mackie who is currently tearing it up over on Disney+ with the penultimate episode of The Falcon and the Winter Soldier releasing today, .

“Two paramedics begin to question their realities after coming across several bizarre deaths linked to a new narcotic with mind-bending effects.”

Debuting today is Netflix’s big new animated feature which is all singing and all charming.

Here’s what to expect:

“To find the father he never knew, optimistic Arlo leaves his swampy Southern home for New York City, making friends along the way. A musical adventure.”

Full List of New Releases on Netflix for April 16th, 2021