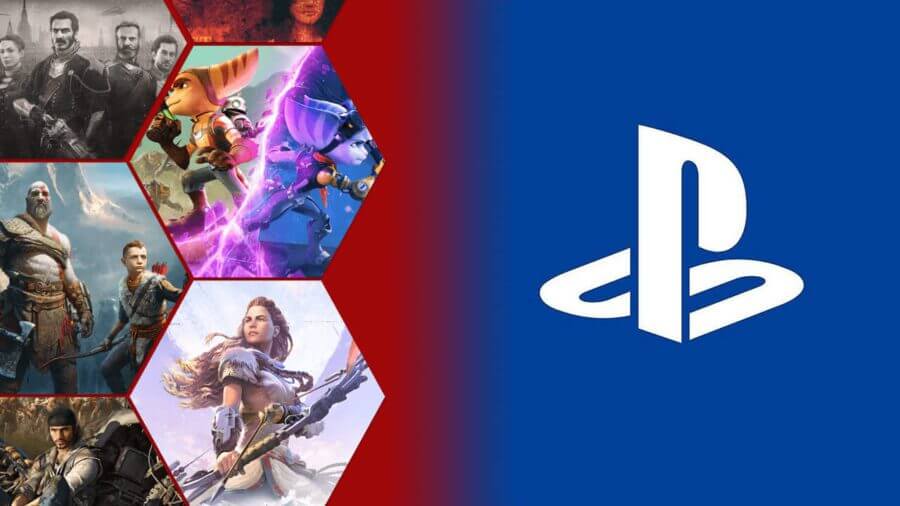 With the recent announcement that from 2022 Netflix is going to be receiving movies from Sony Pictures for the next five years, this opens up a whole new world of possibilities for both brands. In particular, we’d love to see Netflix get their hands on some of PlayStation’s biggest and best franchises so we’ve picked through our top candidates for making the jump.

In 2013 Sony launched the American production studio PlayStation Productions, with the sole purpose of adapting content from the PlayStation library.  In that time we’ve already seen Heavenly Sword and Ratchet & Clank receive their own movie adaptations, not to mention in the near future the live-action adaptation of Uncharted is on the way.

PlayStation Productions have also shown that their video games are not just limited to theatrical releases thanks to the announcement that the beloved Naughty Dog video game The Last of Us is being adapted into a television series for HBO.

So far only a small number of PlayStation IPs have been adapted, which means there are many more yet to come. We’d love nothing more than for Netflix to take a stab at some of the video games we have listed below that we think would be perfect for Netflix’s Originals line-up.

Netflix has failed to impress with the majority of its series based around the supernatural. Originals such as Hemlock Grove and The Order had their own fan following but ultimately failed to generate enough intrigue from a wider audience to stop them from being canceled.

There is still an appetite for the supernatural, even if the genre has been done half to death over the years. Series like The Vampire Diaries, Supernatural and True Blood had a very strong fan following over the course of their respective run.

What Netflix needs to do is go bigger and bolder than what they have before in the supernatural genre. With the world of The Order 1886, Netflix could do just that.

Scrap the teen romances, and give the people what they want, steampunk-powered supernatural hunters with kick-ass weaponry in Victorian London.

Talks and rumors of a God of War adaptation have been circulating for years now, and the largest rumor of all was when a viral post on Facebook tricked tens of, if not hundreds of thousands of fans that Netflix had produced a God of War Original series with Jason Momoa as Kratos.

The only way to do the story of Kratos justice would be to give the production a ginormous budget, an incredible action director, and a killer lead capable of portraying the Ghost of Sparta.

Netflix has proven it is more than prepared to front the cash to produce blockbusters, having recently spent hundreds of millions of dollars on films such as 6 Underground ($150 million), Red Notice ($160 million), and The Gray Man ($200 million).

Having moved on from the story of Krato’s time in Greece, a feature-length movie could fill in the gap between God of War 3 and the PS4 God of War, showing how Kratos fled Greece and how he made it north to the Norse realm.

Netflix already has the likes of The Umbrella Academy and Jupiter’s Legacy to its name, so what’s another superhero franchise to add to that list, especially one as beloved to PlayStation players as Infamous. We’d love to see Netflix go big on the budget for an Infamous series, a split across two parts for a 12 episode narrative that would bring the story of Ethan Cole to the small screen.

While the narrative of the story in the games depended on the actions made by the player, we’re certain if Sucker Punch were involved in the writing of a live-action adaptation, we’d still get a brilliant story.

There were rumors back in 2009 of a writer being attached to an InFamous project but nothing has been said since.

In 2016, the long-awaited Ratchet & Clank movie was released in theatres around the world, but sadly it was a huge flop. As to why the film bombed so badly, we cannot say, but one thing is for sure, it likely would have faired better had it been released on Netflix instead!

We think Sony should give Ratchet & Clank a second bite of the apple, and produce an animated series that could take place either before or after the events of the upcoming PS5 game Rift Apart.

Just like Saturday morning cartoons and series like Power Rangers, a villain of the week format would be incredibly fun to watch with Ratchet & Clank. With the new video game opening the world to different realities, not to mention the duo already travel across the galaxy, there are lots of possibilities to be explored!

At the time of writing it’s been almost 13 years since the release of the last game in the Siren series, Siren: Blood Curse. With Netflix continuing to pour hundreds of millions of dollars into the Asian market, now would be the perfect time for Siren to receive a live-action adaptation of the first game, with an all-Japanese cast.

The cast could be whittled down, as to not worry about having to follow the narrative of ten different survivors like the video game. But we’d still like to see the story told outside of its chronological order if only to mess with the minds of subscribers as they try to predict what will happen next.

Japanese horror can be especially creepy, and we’d expect Siren to terrify plenty of subscribers from around the world.

If Sony ever has plans to release a new Jak and Daxter game in the near future, what better way to bring the attention of millions of potential new fans than an animated movie on Netflix?

It’s been so long since the last game it’s hard to suggest what sort of adventure the dynamic duo would go on, but at the very least we know fans would love it.

In the fall of 2021, it’ll mark ten years since the release of Resistance 3 on the Ps3. Criminally underrated, a reboot or a brand new game for the series would be certain to attract the attention of millions of players from around the world, but what would be even more exciting is to see Netflix given the chance to adapt the story for the big screen.

The story itself takes place on Earth in the 1950s, during the start of the Cold War when an alien force known as the Chimera begin their conquest of Earth. As the nations of Europe fall one by one, the USA sends a task force to assist the UK, where Sgt. Nathan Hale and his squad are ambushed. The enemy infects them with the Chimera virus, but Hale, who has an innate resistance to full infection gains superhuman-like abilities.

While we would love to see more of Gravity Rush, unfortunately, the team behind the video games disbanded after director Keiichiro Toyama, alongside Kazunobu Sato and Junya Okura left Japan Studio and Team Gravity to create Bokeh Game Studios.

This doesn’t necessarily mean this is entirely the end of Gravity Rush, because if we take into consideration that Studio Khara, the producers of the OVA, is still around, there’s no reason why an anime couldn’t be produced by them.

Ultimately what better way to revive the franchise than introduce it to millions of potential new fans through a new anime?

It’s incredible to think that Until Dawn was released on the PS4 almost six years ago, but has still retained plenty of its popularity years later. Supermassive Games, the developer of Until Dawn has gone on to produce a new horror franchise known as The Dark Pictures Anthology, which has helped whet the appetite of all the Until Dawn fans wishing for a sequel game.

Now to fit in with the theme of Until Dawn (interactive horror) Netflix could utilize its interactive features for a one-off story set in the world of Until Dawn. In particular, a prequel to the story, set in the insane asylum during the experiments on the Wendigo would be perfect.

We’d hope it would be a live-action interactive special just like Black Mirror: Bandersnatch, but we’d settle for animation too.

In the wake of the news that Days Gone won’t be receiving a sequel video game, the only way fans of the franchise will see more of Deacon St. John is if the game receives its own movie or television adaptation.

Initially, we thought Days Gone would have made for a better movie than TV series, but after some careful thinking, we think the story is perfect for adapting into a television series. It would be the perfect timing too, considering AMC’s The Walking Dead is coming to an end after 11 seasons.

We’d be more than happy to see Sam Witwer return as Deacon St. John and watch him ride around a post-apocalyptic zombie-infested USA while riding a kick-ass motorbike.

From a world-building perspective, Horizon Zero Dawn is head and shoulders one of the most beautifully designed video games ever made, so the task of adapting the story to the big screen is a monumental and expensive task if you want to do it right.

We’d prefer to see a live-action adaptation of Horizon Zero Dawn, with Game of Thrones actress Rose Leslie already the perfect actress to take on the role of Aloy.

If a live-action adaptation isn’t possible then we would definitely settle for an animated feature or television spin-off that opens the world of Horizon Zero Dawn even further.

What movie or television adaptation would you love to see from the library of PlayStation games? Let us know in the comments below!