Cursed season 1 is now available to stream on Netflix

We’re soon coming up on a year after the release of Cursed season 1 on Netflix and with the new fantasy series Shadow and Bone hitting the service, we thought we’d revisit to see whether or not Cursed season 2 is happening. The outlook isn’t particularly bright for Cursed season 2 with a renewal still not announced. Here’s what we know.

Cursed is a Netflix Original medieval fantasy series based on the Illustrated Ya novel of the same name by Tom Wheeler and Frank Miller.

After the destruction of her village and tribe, Nimue is tasked by her mother to seek the wizard Merlin, and return to him the Sword of Power. The fate of the kingdom rests in her hands, as the evil Red Paladins seeks to destroy all of Fey kind.

Has Netflix renewed Cursed for a second season?

Soon coming up on its first year birthday on Netflix, Cursed has yet to be renewed for season 2 and as time ticks by it seems increasingly unlikely that it will.

We typically have to wait between 1-3 months to learn of a show’s fate on Netflix but this one (along with Letter for the King) has been dead quiet since the release.

One bad sign for the show’s future is that a number of props from the series have been found on eBay which could be a bad indication or that these props (which are mostly insignificant to the story) just aren’t needed anymore. 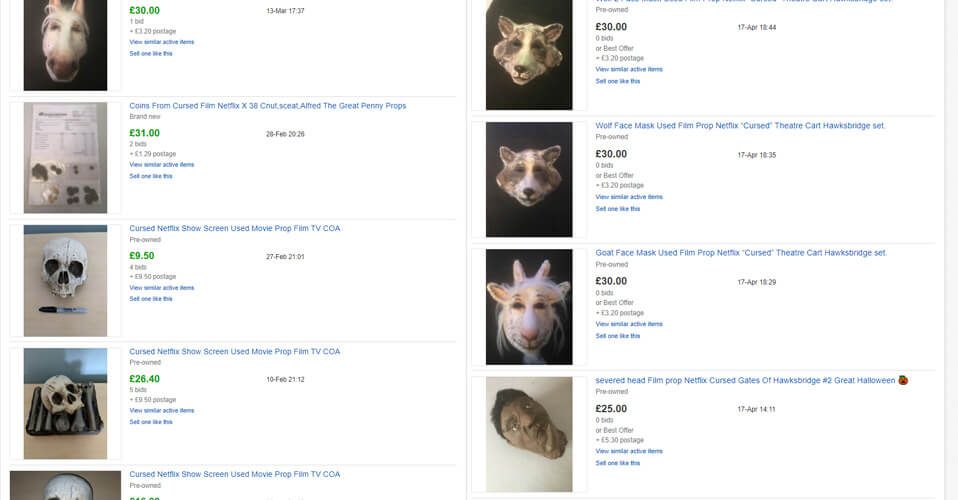 Reviews to the show were ultimately mixed and we’ve never heard how well it did through a statistic released by Netflix. We do know it only spent around 3-4 weeks in the Netflix top 10s in both the UK and US.

One positive sign for the return of the show is that Katherine Langford isn’t currently announced for any new long-term projects as of yet.

What to expect from the second season of Cursed?

We have a lot of questions needing to be answered from the second season of Cursed.

We knew of Nimue’s fate thanks to the season’s opening scene, and it arguably, it wasn’t surprising that Iris dealt Nimue what could be a potential death blow.

This won’t be the end of Nimue by any means, but the second season should see her transition into her role as the fabled Lady of the Lake.

We may also see the true potential of Nimue’s power in season 2. In her grief of Gawain’s death, Nimue tapped into the power of The Hidden once again, sending a magical shockwave that rippled throughout the Pendragon encampment. Just after Nimue was grabbed by the Red Paladins, Gawain’s body was magically surrounded by grass and flowers. Is Gawain about to be resurrected?

Heavy is the hand that wields the sword – copyright. Arcanum

After spending a couple of decades without magic, in his grief and rage at the “death” of Nimue, Merlin wielded the Sword of Power for the first time in years, and as a result, his magical powers returned.

It’s unclear if Merlin needs to be wielding the sword to awaken his magical abilities, or if his magic has now been reawakened upon using the sword.

Regardless, Merlin swore he would never wield the sword again, so when the time comes will Merlin be able to part with it? And, in doing so, will his magical abilities be removed once more. 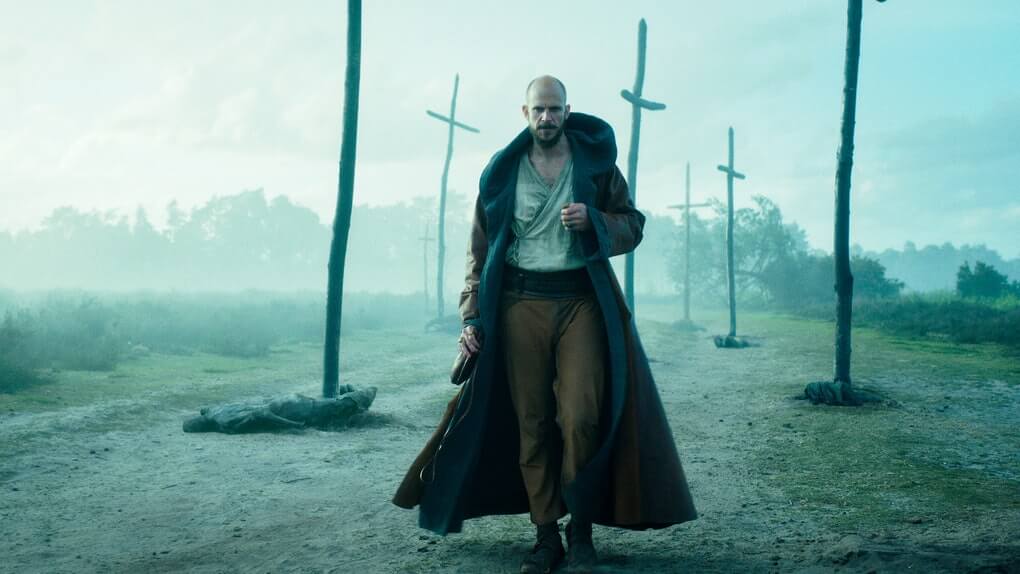 A Game of Thrones

Excuse the pun, but the obvious backstabbing, underhanded deals, and fight for the Pendragon crown are comparable to another fantasy series.

Uther Pendragon and Cumber the Ice King are yet to lock horns, but neither are in possession of the Sword of Power. By blood, Cumber is the rightful heir, but Uther has proven himself to be a capable, albeit whiney, King.

The Church and the rebel raider faction Red Spear could turn the tide for either king. Much of the next season will see Uther and Cumber come to blows as they each fight for the right to wear the crown.

Will Arthur ever become king?

Naturally, one of the many questions everyone has is whether or not Arthur will eventually become king.

In this tale, Arthur and Morgana are of low birth, which means neither has a valid claim for the crown. We, in fact, may never see Arthur ascend to the throne but Nimue could be wildly influential in making this happen.

Assuming that both Uther and Cumber die, that leaves the crown without a king, which leaves the kingdom in chaos. Already proving himself to be a worthy leader, and champion of the people, this is when Arthur could ascend.

Will Arthur ever be in possession of Excalibur?

The most famous sword in fantasy lore, to wield Excalibur, or in this instance, the Sword of Power, grants the user untold and unparalleled abilities.

Aside from Nimue, Arthur is likely the one to become the wielder of the sword.

Some foreshadowing of this was given by Merlin despite the fact he was placating to Cumber.

Those who chased the sword are doomed to obessesion. But those who are patient who let the sword come to them are the ones with the wisdom to weild it

Arthur did steal the sword, to begin with, but has since redeemed himself, showing next to no interest in taking the sword for himself.

Does the sword’s future rest in the hands of Arthur? -copyright. Arcanum

Which cast members will return for Cursed season 2?

We can expect to see the following cast members return for a second season of Cursed:

It’s unclear if Matt Stokoe will reprise his role as Gawain as the character’s ultimate fate is still unclear at this time.

Would you like to see a second season of Cursed on Netflix? Let us know in the comments below!